This project will improve storm water quality which is the goal the Tahoe Regional Planning Agency and the City.

The General Aviation ramp north of the access road leading the AOA Access Gate V2 will be closed during construction. Low profile lighted barricades will be in place and a NOTAM issued. 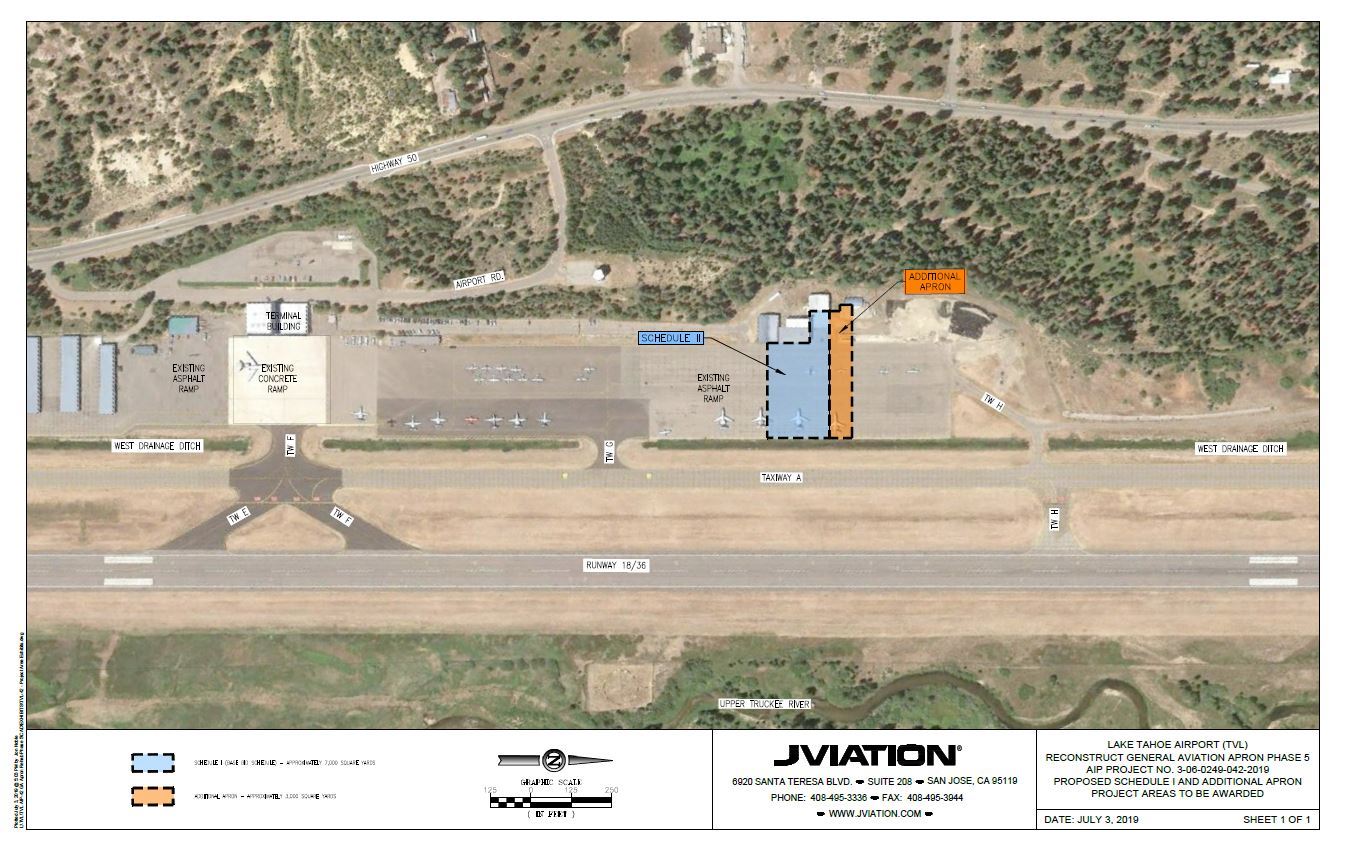 The very north portion of the general aviation apron is closed until the pavement can be reconstructed.  Pavement is in such a poor condition that aircraft should not park there.  Low profile barricades are in place to notify pilots of the closed areas. 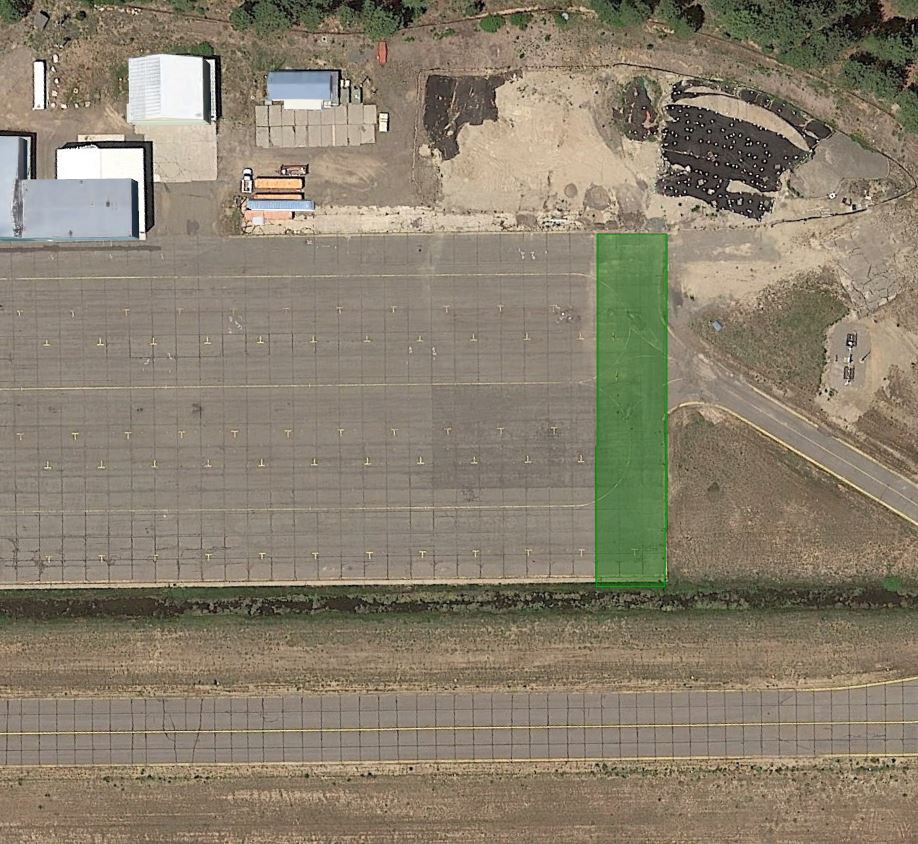 The City of South Lake Tahoe completed construction on 48 hangars and 4 storage pods in 1995 at the expense of $1,855,000 using a Caltrans Airport Revenue Generating Loan.  The loan was paid off during 2013-2014 fiscal year.  The pavement that serviced the hangars was constructed in 1994.   As constructed, the asphalt taxilanes had an estimated engineering useful life of 15 years without rehabilitation.   The pavement is now 26 years old and never received any pavement reconditioning, rehabilitation or reconstruction during its engineered lifecycle. A Federal Aviation Administration (FAA) funded Airport Pavement Maintenance Management Report was completed by Brandley Engineering in 2017.   Included in the pavement report was an assessment of the airport hangar taxi lanes.  ASTM D5340, Standard Test Method for Airport Pavement Condition Index is the method utilized to assess the condition of airport pavements in 2017 a score is determined with a maximum excellent condition score of 100 while a score below 20 indicates pavement at failure.  The Pavement Condition Index (PCI) score for the South Hangar Taxilanes in 2017 was 23 out 100 showing the pavement just above failure.

Project Limits Are Shown in Orange